skip to main | skip to sidebar

The Eritrean People's Liberation Front, an intellectual left-wing movement who lead the fight against the Ethiopian occupation of Eritrea, not only prioritised the equality of women in their society, but stressed the importance of Culture in helping to bring about revolution. The part that music played in Eritrea's fight for independence from Ethiopia is not just fascinating, but shows the power that music can have on a massive social scale. While European and American musicians were writing about girls and cars, Eritrean artists were helping to end the occupation of their country. Not that writing about girls and cars isn't important, but sometimes it's nice to realise that music can have a pretty huge impact on society.

The Tegadelti Bana Band are musically pretty far removed from the norm in terms of Western musicality - the auto-tuned vocals, the loping beat, the incredible repetition and the melodic phrasing all sound pretty alien to Western ears. It's pretty fascinating sonically, and unbelievably hypnotic. But maybe the most interesting aspect of these videos is the musicians themselves - Tegadelti Bana translates as Freedom Fighter Women. From what little i've been able to learn about these musicians, they themselves fought during the struggle for independence in the 80s and 90s. Oh and if anyone has information that might help me get in contact with them, please drop me an email. 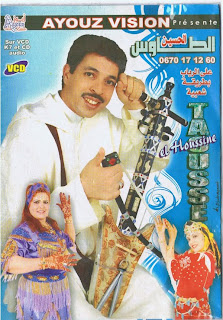 A few months back i went on a spiritual journey of self-discovery to Marrakech, because that's just the kind of hippy waste-man i am. I'd be lying if i said actually discovered anything about myself, but I drank a lot of mint tea, ate a lot of couscous and bought a lot of music. I picked CDs and cassettes mainly based on the quality of the mustaches on the cover, and on that criteria alone El Houssine Taousse is basically the Elvis of Morocco. The dude is a king amongst men. It helps that the music inside is genuinely incredible. So frantic and groovy, it sounds like West African funk mixed with traditional Moroccan music and auto-tuned vocals to me and that is a pretty awesome mixture. Check out this vid and a track after.

Here's a sweet 10min+ mp3 . The horns and drum beat on it are mad funky, and the autotune is ridiculous. And the "HEY HEY! WOAH WOAH!" bit is killer. It's win win.
El Houssine Taousse - Lagrame by Dream Beach Records

Expect some more from my Moroccan trip soon.
Posted by Eddy at 02:36 3 comments:

i keep coming back to this band as i trawl through Youtube. its becoming a daily thing for me to hit these videos up now and its about time i shared them.

There really doesn't seem to be a lot of female-fronted music coming out of Kenya - please feel free to correct me, i'd love to hear more - and i find it pretty refreshing to hear music i love with something a bit different about it.

Get real and get down, for real.

Listen to my Guardian podcast and the soundcloud set.

I did an interview for the Guardian Music podcast, and a little compilation of tracks which i whacked into a soundcloud set.

You can use your ears to hug those very sounds in this handy little embedded player. Futuristic shit gwannin.

It has been a long while since i last updated the blog, and that has filled me with guilt and regret - but all of that is about to change.

So allow me to usher in this new era of DBR blogging by finally announcing the first ever Dream Beach release.

It has taken a lot of time, and a lot of work, but finally our first 7" is here. 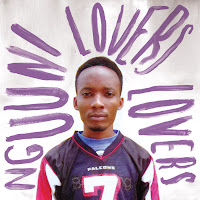 listen to the tracks, and buy the 7" here:

How amazing is that?! I can't even begin to describe how happy and excited i am about this. Really hope you all enjoy it.
Posted by Eddy at 06:47 No comments:

The Saz is a hugely popular instrument all across Turkey, i played one once and i fucking sucked at it - turns out that's because i can't SHRED. The Kurds can shred though, and its amazing. Most Saz music is pretty boring, but the Kurds seem to like distortion pedals and having three drummers. THREE. That's as many as slipknot.

Check this out, Bismilli Ceto (Shred) and Hozan Muzaffer (Hollering) playing what i think is a traditional song because ive heard other versions of it. It is awesome.

Now check out Grani Tufan busting out some palm muting and endless shred ontop of a sick beat.

Finally, this is wedding music apparently. I hope my wedding is like this. Super repetitive, super distorted, super shred. I think this is Grani Tufan too.


What i'm trying to get across here is that Kurds can SHRED. And it is so good.
Posted by Eddy at 06:10 1 comment: 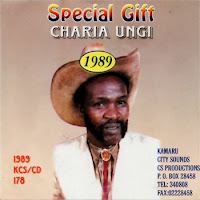 No. No he does not. He looks like he really really likes country.

He likes it so much, that he makes music like this:

That is Joseph Kamaru, a Kikuyu musician who is a big deal in Kenyan music - just check out his wikipedia entry for the lowdown on his tumultous 40+ year career. Though its fair to say that most of his stuff is nowhere near this blatantly Country influenced, theres definitely a strong current of Americana running through his stuff.

Apparently this shit is huge in Kenya, lots of bands in cowboy hats busting out Nashville guitar lines. Look up Mugithi or Kamaru on Youtube for more of this, its pretty amazing to hear the mixture of Kenyan drums and singing with such hugely American guitar lines.

Huge thanks to Colin Crowley for the hook up here, that guy knows his Kenyan Country music.
Posted by Eddy at 03:33 No comments: